Have to say for the longest time, I avoided anything from a food truck like the plague. Because I was always afraid of getting the plague. 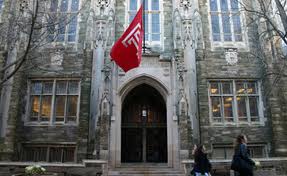 This prejudice began when I was a journalism student at Temple University in Philadelphia.

It was there, as just another Woodward & Bernstein wannabee, that I spent too much time working on the college newspaper and not enough time on my journalism studies.

I was officially hooked on being a journo the moment I saw my byline (thanks again, Nanny Annie, for changing the last name from Lifschitz to Lippstone) on my first story about my junior year abroad at Temple’s campus in Rome.

Then I started practically living at the paper, becoming one of two people on the all-important copy desk. The last bastion before something went to print. Arbiter of ethics and standards. Yeah, right.

My job often consisted of taking out all of the risque copy that one of our puddle-of-consciousness reporters and columnists would insert into his colorful ramblings about the world according to him.

This was around the time of Vietnam, and he was always talking about soldiers enduring the horrors of war. I appreciated that he was trying to set the scene. But names of certain mutilated body parts had no place in The Temple News. Maybe now, but not then. I changed it to something else.  Next thing I knew, some euphemism would sneak back in. Like the word kielbasa.

How did this happen? Simple. The guy also worked in what was known as the composing room, where the paper was physically put together. (As you might have suspected, this was well before computers.) 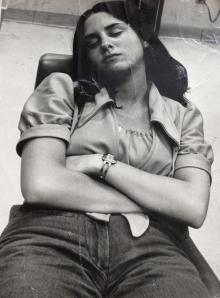 My only college sit-in (just kidding; just napping) in protest of self-absorbed reporters. Jane Craig from Broadcast News had nothin’ on me.

No matter how many times I edited his changes, he retyped something else and pasted it back in.

This cat-and-mouse game grew old quickly. So I threw in the copy pencil (another prehistoric tool) and gave up.

Anyway, this kind of work that I think prepared me for something, though I’m not sure what, made you antsy and hungry.

Oh, that’s right: deadlines. My first adrenaline rush working on news deadlines. Always stays with you. It’s why I need meditation at this point in my life.

Anyway, the food trucks outside — when we’d get a chance to go outside — were not enticing. Then as now, North Philly was not the best of neighborhoods.

Mind you, this was when the folks that run the Food Network probably weren’t even born;  and terms like artisanal (as applies to food), organic and fusion would have elicited a WTF — another term that wasn’t around yet either. Not in that form, anyway. Neither was At the end of the day, which if you ask me, was a good thing.

The only reference to gourmet at the time was The Galloping Gourmet. Yep, that TV guy who cooked not only with wine, but was always imbibing, is still kicking.

Trust me, the trucks of my college days wouldn’t have had Twitter and Facebook followers. Just the Board of Health.

I recall one that sold something called falafel. Say what? It looked exotic, but I stayed at arm’s length. The truck, to my sheltered eye, looked so unsanitary, out in the open. How could you trust the refrigeration? The flies might have been attracted, but not I.

Suffice to say, having consumed stuff from vendors on streets around the world, I have much more of an open mind. 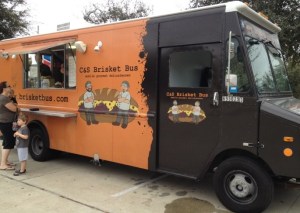 Especially when it comes to food trucks like this one. This one I could easily get on board with.

It all makes me want to run out and get the Truck Food Cookbook. Salivated when I heard about the grilled mac-and-cheese sandwiches. And don’t forget to check out a comment from a former Philly student who was a fan of beer-battered SPAM fried in duck fat.

(Sorry to say, I’m still pretty close minded when it comes to SPAM. Never had it, and never will. It’s one of the four things that’s not good for you that I’ve never tried. Don’t need to start now.)