Posted on August 21, 2012 by planetlippstone

No, this isn’t the storyline behind a new credit card commercial in a cocktail bar. Sorry, couldn’t resist.

I’m working on a few getaways in the next few months, domestic and foreign. One around Labor Day: Martha’s Vineyard by ferry; and the bigger one — my Asian odyssey in October.

There are a surprising number of places that don’t require visas for U.S. tourists. But there are some that do.  When in doubt, check the U.S. State Department site, which does a pretty good job of staying on top of things. Then go to the country site just to make sure.

Last year, I needed a visa to go to India for my round-the-world trip. This year, one for the Socialist Republic of Vietnam.

I’m planning on tacking on a few days in Vietnam to my Eastern & Oriental Train ride from Singapore to Bangkok. Just planning on stopping in Saigon — err, I mean Ho Chi Minh City.  A city I hadn’t seen in 30 years. On TV, that is, during the Vietnam War.

Last year, I had limited time to get my Indian visa. So I used a company called Travisa. (You might want to check out others as well.) For a fee that wasn’t horrible, they got it together for me. But I still had to set aside time and money to fill out the form, send my original passport, and get a couple of head shots taken.

I also needed a visa for Australia. The company that helped me arrange my RTW trip, AirTreks, got the Aussie visa for me, so that was a big help.

Vietnam is a similar deal. I looked into Travisa’s services again, but they seemed steeper than last year. Since I have some time, I decided to go right to the source: the Vietnamese Embassy site, and bypass Travisa’s fee. 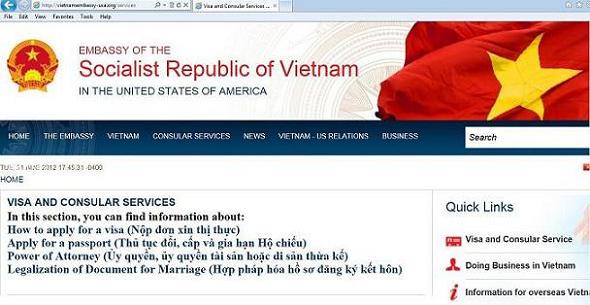 Only thing was, it wasn’t as straightforward as I thought. For me, there were two conceivable places to apply: a consulate in New York, or embassy in DC. I had to make a few phone calls to pin them down on particulars on which office to deal with; the fee; the form of payment. And whether I would need to send my original passport, or if a photocopy would suffice. I was told the photocopy was fine.

Sent it off a few days ago. I’ll certainly let you know if it’s as easy as it sounded, or if there really was more red tape that required outside help.

Same with health issues and vaccinations. The Centers for Disease Control travel health site has everything you need to know — but were afraid to ask. 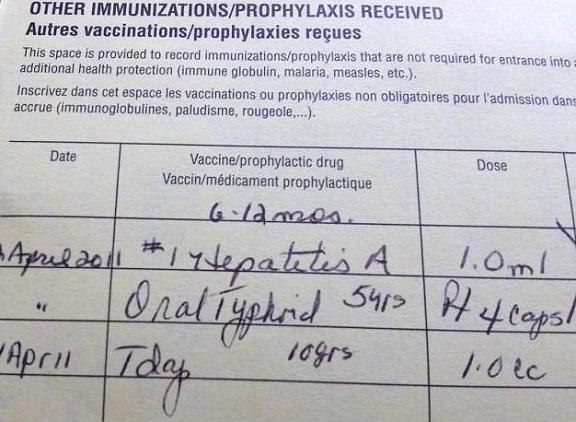 Already covered for some stuff.

I also contacted the folks who gave me my shots and pills for last year’s trip. Was pleased to find out some of that stuff was good for a couple of years, so I’d be able to contact them closer to the date for malaria pills and such. Oh, joy.

Why, you might ask, do I put myself through all this tsuris?