Brussels: Not just a bunch of boring buildings

With my own personal Chocolatefest in Brussels out of the way, I set my sights on more substantive fare — the rest of the city.

Including a trek to the European Parliament in Brussels, tasked with looking after the affairs of all the countries in the European Union. I wanted a glimpse of power, intrigue, diplomacy, snazzy European trench coats. Something out of a Liam Neeson movie.

OK, At the very least, Europe’s version of the United Nations. Still important and impressive.

Sure looked that way on the outside. The complex is pretty imposing.

I was taken with the emphasis on human rights and striking tribute to late Russian activist Andrei Sakharov. 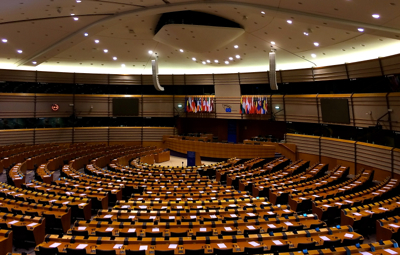 But the tour of the premises turned out to be a big yawn.  Granted, there was nothing going on at the time. But even if those seats had been filled, I might have felt the same way.

That was around Easter. Now, it’s a completely different story.

What’s going on isn’t standard European Parliament stuff this time. Now, European leaders have been meeting in Brussels in what’s being called a “last chance” attempt to defuse the explosive financial crisis in Greece, an EU member.

They’ve got a big dilemma on their hands, one that’s getting too big for the rest of us to ignore.

About as dramatic as you can get.