How much do you care about a great airline seat?

Posted on January 21, 2014 by planetlippstone

Noticed these tips from George Hobica, a very informative and entertaining guy I once interviewed, who’s something of an airfare guru.

Here, he’s talking about how to score a better airline seat. 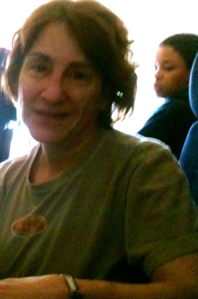 After 13 hours to South Africa. Yikes.

I guess it all depends on what you’re willing to put up with. I’ve been on so many long-haul economy flights (we’re talking at least 12 hours a stretch) that anything under six hours seems like a short flight to me.

Granted, most economy sections are almost as claustrophobic as an MRI machine.

Would I love to stretch out in business or first class? Sure. Who wouldn’t? But not enough to use my frequent-flier miles to upgrade.

Then again, I’m not exactly LeBron James. If you’re somewhere in height and weight between me and him, I totally understand. And I do realize airline comfort is paramount for many. 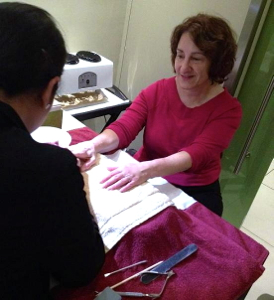 Getting nails done at Emirates biz lounge in Dubai.

But personally, I’ve never thought upgrades were all they were cracked up to be. And the meal presentation might be more upscale, but the food really isn’t.

(Unless you’re flying Emirates, which, IMO, has a better economy class than first class on most U.S. jets.)

As much as I travel, I’d rather save my hard-earned frequent-flier credit card miles for the flight itself. So that’s where he and I really differ.

Perfect timing: I have an upcoming flight from Philadelphia to Seattle. Punched in my flight number and seat for the outbound trip.

Here’s what I found, and I’m not wowed. An airplane chart that uses a color code to designate “good” and “bad” seats. Move your cursor around and you find out why. Reasons like legroom, seat movement, and temperature for that particular spot.

What can you really do about cabin temperature beyond requesting a blanket or dressing in layers?

The seats in the very last row are marked “bad.” Not exactly a revelation there. SeatGuru says it’s because they may not recline or they’re near the noisy rest rooms.

Seems to me there’s a far-worse reason: You’re pretty much guaranteed to be the last one off the plane.

There’s a section for user comments. Someone had something vaguely nice to say about 11A. I’m in 11B. So I guess I’m good.

At any rate, if you’re that obsessed, then I agree: You don’t belong in economy.

But if that’s your usual hangout, a few suggestions. My frequent-flier credit card gives me perks because I’ve been a longtime member. I’m allowed to board early so I always have overhead space for my carry-on.

And if you can get an exit row, go for it. They have extra legroom.