Sochi, Russia: The real place behind the Olympics glitz

Posted on January 20, 2014 by planetlippstone 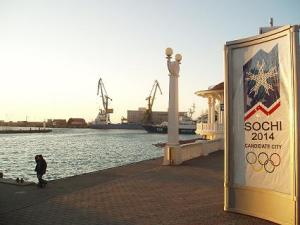 Who outside of Russia had ever heard of this place before all the Winter Olympics hype — both good and bad (very real security concerns and assorted other controversies)? I confess: Not me.

Sochi is on the Black Sea, on what’s known as the “Russian Riviera.”  It’s where master dictator Joseph Stalin used to go to take a breather from what’s universally been described as a reign of terror. This was back in the day when Russia was still the Soviet Union.

Here’s everything you need to know if you’d like to visit someday.

And more disturbingly, a revealing story that shines a light on the dark side of all the Olympics glitz.