Posted on January 4, 2014 by planetlippstone

So there we were, Mitch and I, tootling down the street in New Orleans, basking in the steamy December weather (compared to what we were used to!) when we were surrounded. 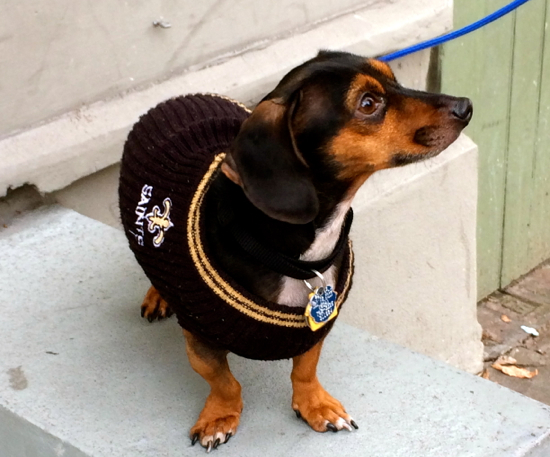 Or should I say outnumbered. By creatures all sporting similar garb with a fleur-de-lis logo. 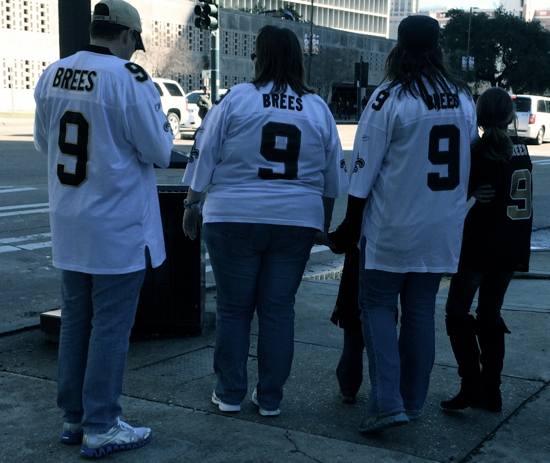 And the word Brees.

They were a very friendly lot. 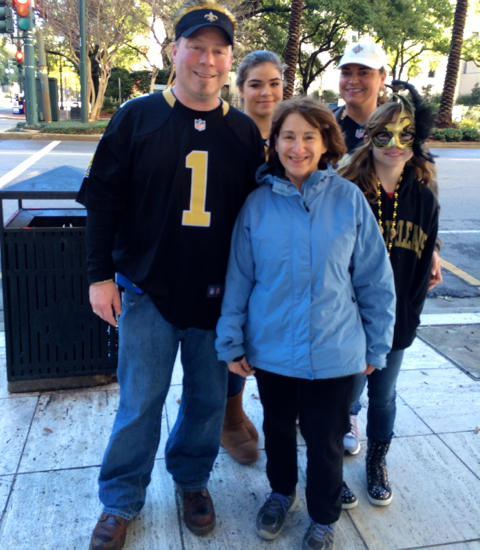 New Orleans Saints football fans, y’all. While I loved all the camaraderie, I’m a baseball junkie who can’t stomach football. It’s all so tediously brutal — or is it brutally tedious. Either way … 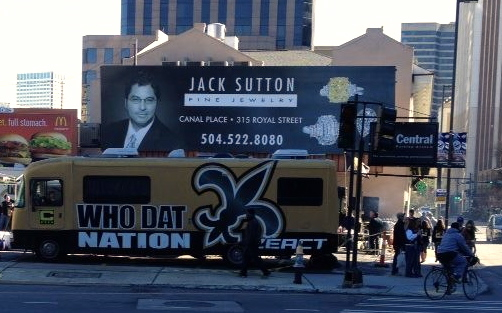 We ran into a tailgate party next to a bar where the booze was flowing freely well before noon.

A religious zealot launched into a tirade about the evils of it all. He quickly took his act elsewhere after bar security told him in cringingly graphic terms what would happen to him if he didn’t scram. 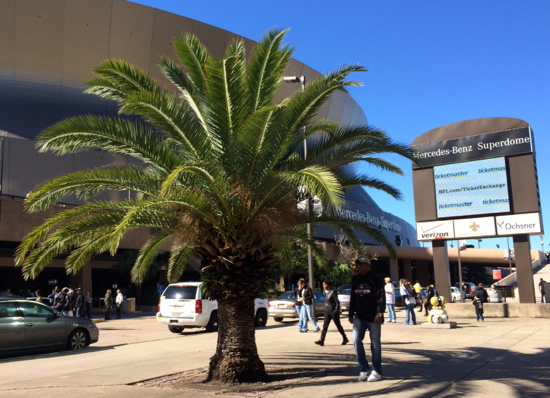 Followed the crowd on its way to see the Saints play the Tampa Bay Buccaneers at the Mercedes-Benz Superdome. We had no plans to see the game; didn’t even know it was happening.

I was content just to see the exterior of the Superdome. I’d only associated the building with the nightmare of Hurricane Katrina, when it became a receptacle for those desperately trying to escape the floods.

Heartening to see that memory is approaching ancient history at this point. The Saints ended up trouncing the Bucs, and face the Philadelphia Eagles tonight.

Though I’m not a football fan and I live near Philly, I’m rooting for the Saints. Just because I got a bad case of Saints Fever. So much so, I almost got roped into buying a Saints’ T-shirt I really and truly knew I’d never wear again.