Posted on December 28, 2013 by planetlippstone

As mentioned, my knowledge of Morocco before visiting consisted of a few scenes from Casablanca — a pretend location. In other words, nothing.

So it’s no surprise that I had no idea that this Islamic country also has deep Jewish roots.

Our guide in the historic city of Fes, Morocco, explained those roots go back thousands of years. That Jewish traders were there long before the Romans. And Jews and Muslims alike settled in Morocco after they were thrown out of Spain in 1492 after refusing to convert to Christianity.

By the 20th century, the Jews numbered in the hundreds of thousands — giving Morocco what was said to be one of the the largest Jewish populations in any Muslim country.

And how did the Jews fare there all those centuries? Basically, said our guide, it depended on who was in power.

Everything I found indicated that’s true. It was an uneasy existence, seemingly fluctuating between persecution and relative prosperity.

Tomb of Jewish woman courted by Muslim man in the 1800s. She was killed after refusing to convert.

Close-up of her tomb at the Jewish cemetery in Fes.

Though some Jews in Fes and elsewhere even gained prominence in the government, they still lived apart in the mellah, or designated area. 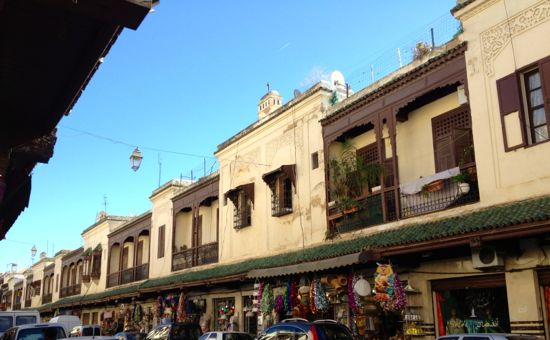 We visited the former Jewish quarter in Fes, which is more than 600 years old. We were told the architecture, with its bold balconies, was a far cry from Islamic architecture. The latter, build for privacy, shied away from balconies facing the street.

Otherwise, our guide said, there were more than a few similarities between the Jewish and Muslim religions. And there’s a belief that some of the most prominent Muslim families of Fes had Jewish origins.

With Morocco eventually falling under French rule, the French government, aligned with Nazi Germany during World War II, tried to target Moroccan Jews. The Moroccan king, we were told, tried his best to protect them.

With the creation of Israel and then Moroccan independence from France, most of the nation’s Jews left for Israel, Europe and Canada.

Today, anywhere from 3,000 to 4,000 remain in all of Morocco. In Fes, there are about 150 Jews, who mostly live in the new city and attend synagogue there. (Far less people than the number who attend just my synagogue at home in Pennsylvania.)

The synagogues in the old city are chiefly for show, though the current government — said to be steeped in tolerance — has played a substantial part in their restoration.

But the Fes cemetery is still very much in use. 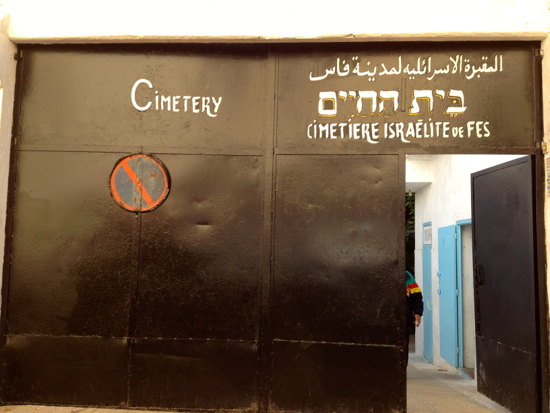