Posted on November 11, 2013 by planetlippstone

I’ll admit the only thing I knew about Bangkok, Thailand, prior to a trip to Asia were the lyrics to “One Night in Bangkok” — that over-the-top song that made Murray Head a superstar in the ’80s. Trust me, once that song gets in your head, it’s hard to shake.

The song screamed all that seemed exotic about Asia — the good and the bad. Since I’d never been, thought the end of my Eastern & Oriental Express train trip would be the perfect time to see for myself.

After my mad dash halfway around the world, I decided to cocoon there for just a couple days. That was all I could afford, time and money-wise. 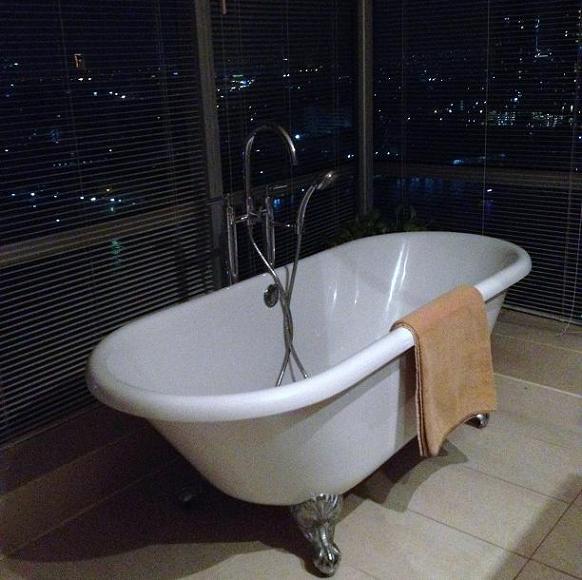 Here’s the view from my rented condo that made me want to immerse myself in a bubble bath the entire time, because it was easier to survey the scene from on high in all that air-conditioned luxury.

I reluctantly switched off the TV …

… and headed out into the sauna cranked up to high that was Bangkok.

Some of the sights meshed with the lyrics to the song — but only very superficially.  Cue up the band.

This grips me more than would a muddy old river 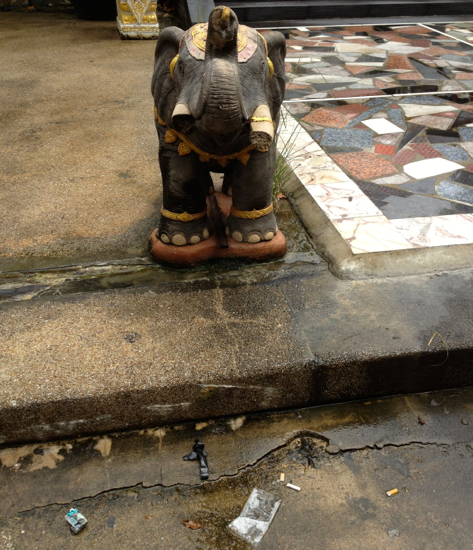 Wait a minute! Ya seen one crowded, polluted, stinking town — 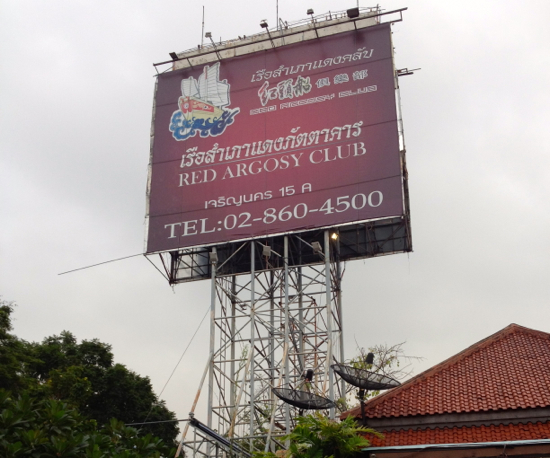 So you better go back to your bars,

your temples, your massage parlours —

Of course that song is just one guy’s incredibly cynical POV. I turned off Murray Head in my head and saw a completely different place.

That muddy river happens to be an integral part of one of the best city transit systems I’ve seen anywhere. Ferries hook up seamlessly with trains, making getting around a breeze. 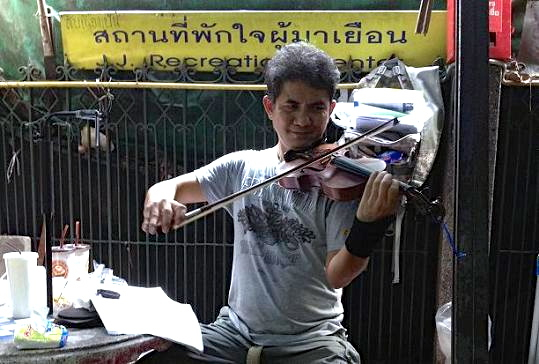 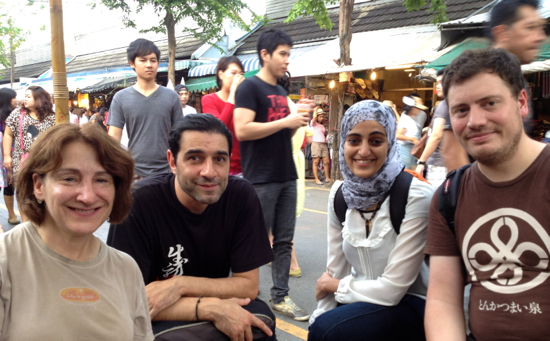 The city’s gigundo weekend market is one big block party.

More touristy, but still a kick, are the floating markets. 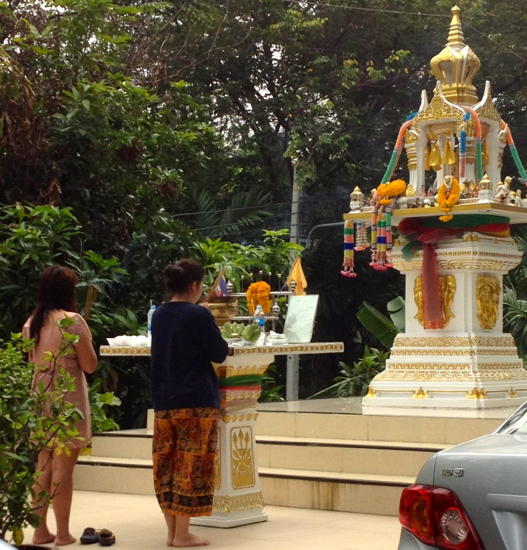 Everything was perfectly tame from my vantage point. The people are reverent.

To the point of lending clothes if you’re showing too much skin when you show up at the temples. 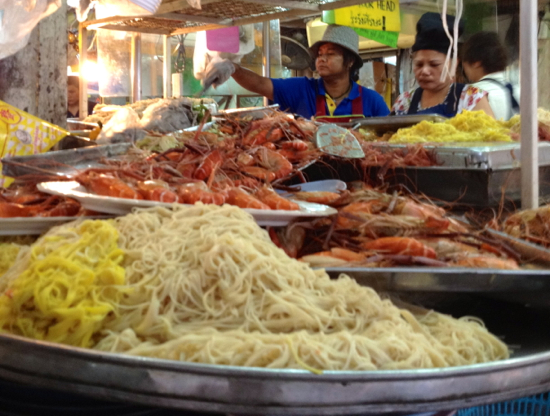 My religious experience was worshipping at the altar of oodles of noodles — one of my favorite food groups.

Thrilled to try one of my fave dishes — Pad Thai — right at the source. Truth be told, what I had wasn’t any better than it is at home.

But the coconut ice cream was the bomb. And so was Bangkok.