Posted on November 17, 2012 by planetlippstone

As I mentioned, most of what I saw on the Eastern & Oriental Express was from the train.

But it was nice to get out and mingle with the real world for a little while. We stopped in Malaysia and took a bus across a bridge to a steamy island called Penang.

This schvitzy. Actually, I should have had both of these thirst-quenchers strapped to my wrists throughout my Southeast Asia trek. But then I knew that going in.

It’s home to Georgetown, Malaysia’s second biggest city, with an old section that’s a UNESCO world site. And let me tell you, when you hear a place is on that list, you know it’s gotta be good. Because UNESCO doesn’t just go around handing out this coveted label. It’s earned over hundreds of years.

Georgetown might be big and modern, but this part is frozen in time and tradition. Like a big outdoor museum — with a cultural ritual and relic on every street corner. (Yeah, tried to find out exactly what was going on here. Think I was told this was incense burning, and had nothing to do with the sign referring to the pigeons.)

Founded by the British in the 1700s as a trading post between Europe and the Far East. 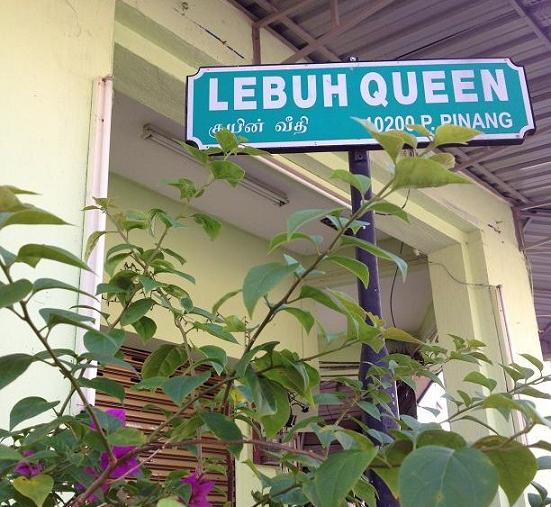 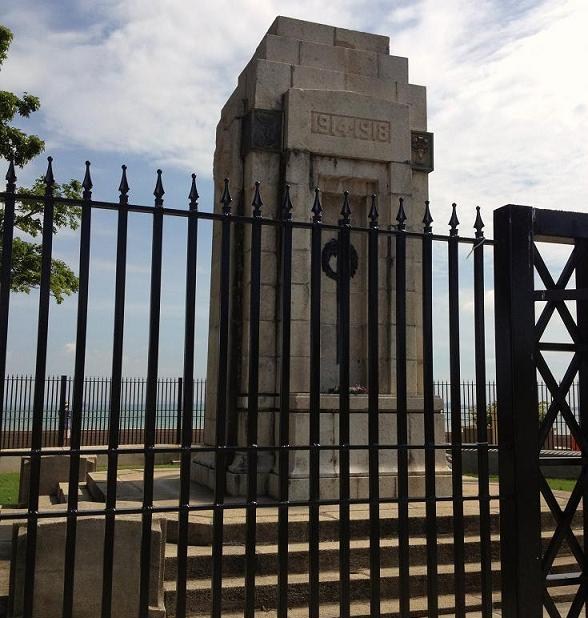 There was also a World War I memorial — first one I think I’d ever seen.

Brush aside the hordes of tourists in trishaws, and you’ll see the townspeople quietly living their lives … as they have for centuries..

Unfortunately, we only had about an hour to take a quick look around, because we had to get back on the train and keep going. Shame. I wanted to linger and take in all the details.

Also found out there was an old Jewish cemetery there, too, but there was no time to see it.