Posted on November 5, 2012 by planetlippstone

Last I mentioned the Eastern & Oriental Express, I was just about to board the train.

And worried that my darling little pillbox hat would be on the ground in a crumpled heap before I ever made it to my cabin.

Let me take you on a tour of the train and explain how I survived such a tough time, and then in the next post, I’ll show you the territory we covered. Because as we all know, the journey’s just as important as the destinations on a voyage like this.

Here’s a day in the life. (OK, a couple of days boiled into one. That’s why my wardrobe’s gonna look even more out of sync than usual.)

Wake up to a specially ordered breakfast brought by the steward on call. 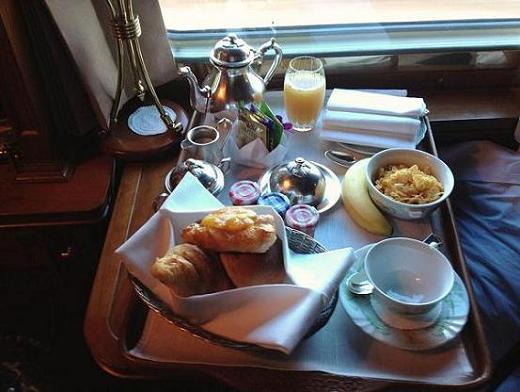 Decide if you want to eat all three pastries, knowing you’ll have blown your calorie count to bits even before lunch.

Enjoy the great water pressure and scads of hot water in the shower, knowing the bathroom is better than some in apartments you’ve lived in.

Lather on the Bulgari toiletries.  The steward will bring more.

Uh oh. You need to blow-dry your hair, but you don’t like doing it even with a lot of counter space. How to pull it off in such tight quarters?

A little maneuvering and it can be done. 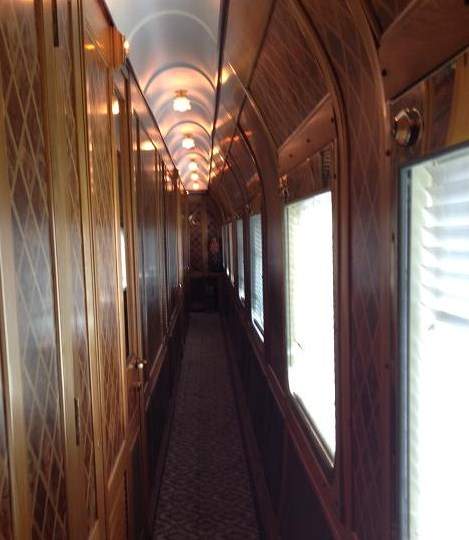 Morning exercise: A trip to the observation deck. It’s a good 19 cars away. In heels (no running shoes allowed), that’s a lot.

Oh, well. Nice hair is gone with the wind …

Get caught up on the latest at the library. 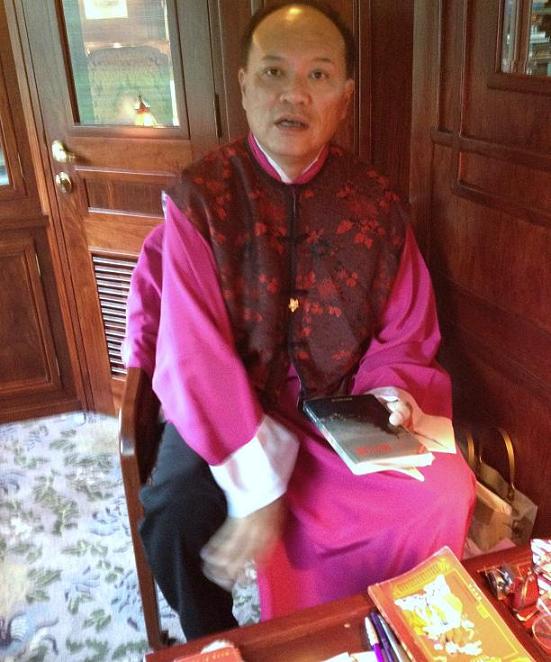 Chat up the resident astrologer who also happens to be an IT guy.

Back to the library for some foot therapy. Ahhhh. 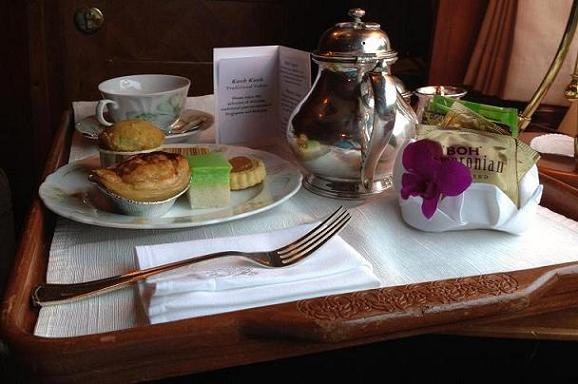 Next thing you know, time for afternoon tea. Try to leave something on the plate.

The train lurches, as it sometimes does when they’re changing locomotives or navigating some skinny tracks.

Your apple falls from its bowl onto the floor. Quel catastrophe! You can pick it up. You don’t need the steward to do that for you.

Getting close to dinner. Give yourself enough time to hobble there.

Stop in at the boutique and try on a $300 necklace. Just say no.

But say yes to everything at dinner. And find out that your fellow diners are from  Joisey, too,  along with every other corner of the globe. 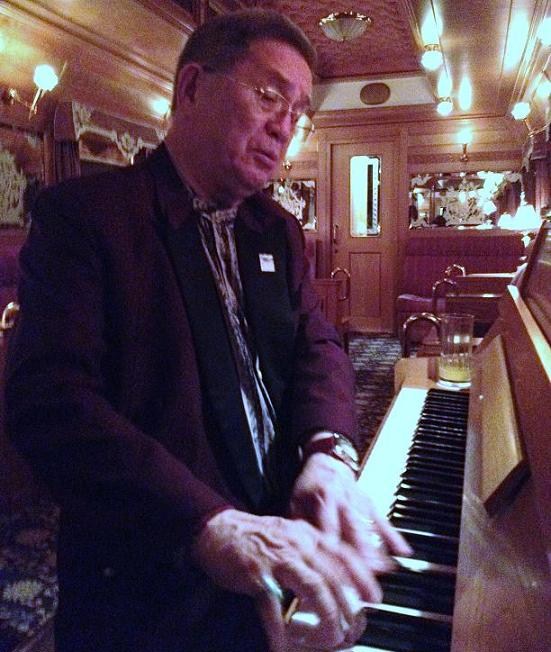 Head over to the Bar Car, where the piano man’s in full swing. He ain’t Billy Joel, but that’s OK. 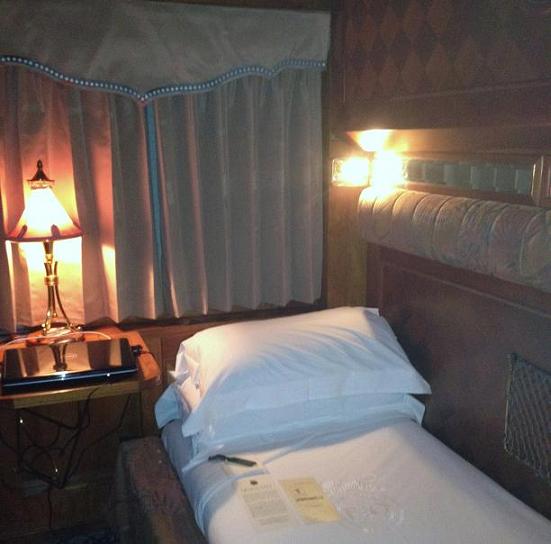 Come back to find your couch turned into a cozy bed.