Behind the Scenes: ‘Joisey Shaw’

No, this isn’t about me discovering Jersey Shore. I know I’m way late to that party. And that’s fine with me. I never wanted an invite anyway. 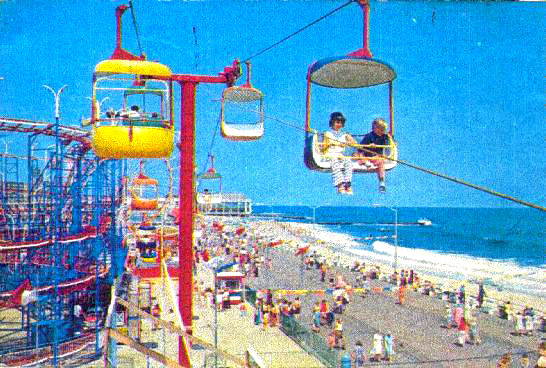 Besides, I like remembering my own version. Growing up in my section of the Jersey Shore, just outside Asbury Park. The Nu Yawkas’ shaw; Bruce’s haunt. (Before its slide into the heartbreaking ruin that would last for decades.) 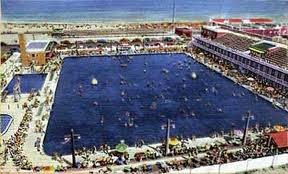 Wading in the Monte Carlo pool, the biggest pool I’d ever seen. As close to Monte Carlo as I’d ever get as a kid.

Having a crush on a lifeguard who turned out to be my dentist’s nephew. Ah, even my Jersey Shore was a small world.

Getting my first job as a teen at a candy shop on the boardwalk. Sneaking a piece of salt water taffy, choking, and almost getting fired for eating on the job.

Being the world’s worst waitress at another boardwalk joint. What a hole. The menu claimed the salads were from a greenhouse. Surprise: The greenhouse was really a big pail of lettuce in the back.

Becoming somewhat of a pinball wizard at a boardwalk arcade. Almost nothing thrilled me more than the ping! of points being racked up, and the pop! signaling I’d scored a free game. I could play all day. I was an addict.

I (and David Chase) could go on and on about the many attributes that made my Jersey Shore such a captivating place.  But I’ll let this Doors ticket speak for itself. Asbury’s Convention Hall was the venue for everybody who was anybody in music a few (million) years ago. Let’s just say this was well before The Boss made it onto the scene.

(Loved Asbury so much, I was happy to help with research on a documentary about its painful fall and painstaking comeback.)

Fast-forward to now, and this other Jersey Shore that’s taken over. I had no idea, when I recently visited friends who live near Seaside Heights, NJ, that the show was filmed there. Because I never read past the headlines screaming about Snooki and The Situation.

Seaside is a good 45 minutes south of Asbury. Had never been there. In fact, never visited any other shore towns growing up — even Atlantic City — because there was no need. Mine had everything.

So my friends offered to drive us to the nearest boardwalk, which happened to be Seaside Heights. Though the beach was pretty, the boardwalk was a seedy version of the one I grew up with. OK, OK, I admit it: Nothing can compete with childhood memories. Take a look and decide for yourself.

As seen on MTV. Really.

One of the cast’s hot hangouts. Or so I’m told.

Lookin’ for a Situation. One that involves food. 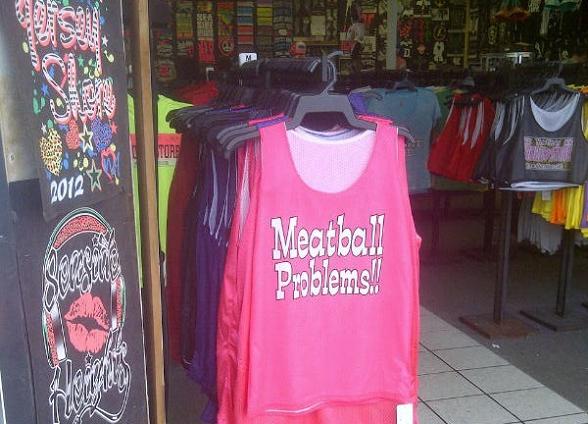 If this isn’t about a recipe then I don’t get it. 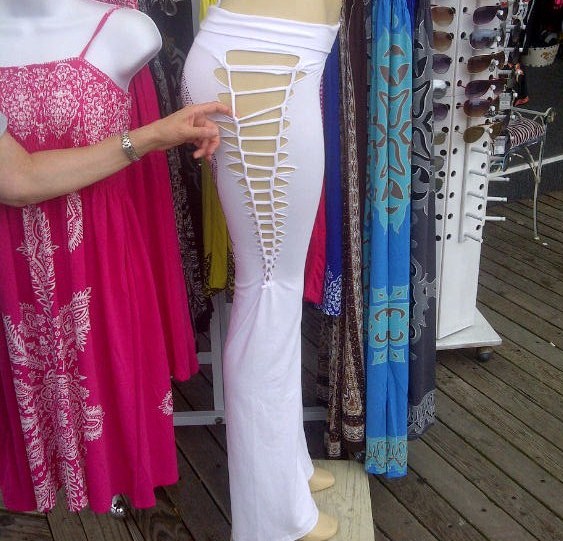 That’s about all I can fit into these pants … 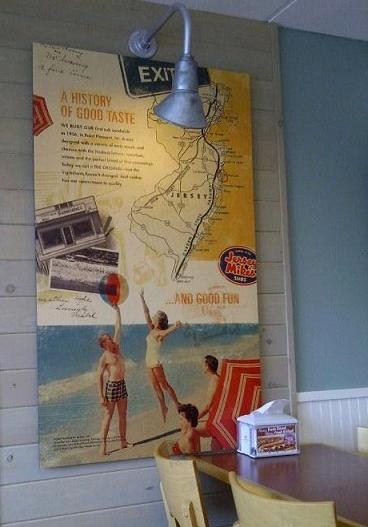 No peek-a-boo pants? No problem. This is more my speed. A sub with everything on it at nearby Jersey Mike’s. Hey, it’s my roots. How could I refuse?