Heard the startling news: My heroine — writer and humorist Nora Ephron — was supposedly dying. By the time I logged onto the Net, she was gone.

I may have secretly idolized her for decades, but I’m no celebrity stalker. I just loved her particular brand of life’s lemonade. She was Just So Clever. Wickedly funny. Especially in the face of adversity, of which she had plenty.

And though our circles were galaxies apart, I could so identify with her culturally. She was more than a decade older; the older sister I never had.

Yes, this book is really that old.

I first read the book that made her a household name — Heartburn — when I was a young pup working in TV news in New York. For me, the story of her thinly disguised fictional tale about her husband cheating while she was pregnant was so beyond the point. It was all the sly asides that made it her best work, IMO.

I was about to move from Manhattan to DC for what I knew was a better job, but was kicking and screaming.  I didn’t want to leave The Apple for The Rotunda.

Ephron’s character, who lived in DC during the book’s hilariously heartbreaking events, barely tolerated it. See, it wasn’t just me. Among other things, she said you couldn’t find a decent bagel, and even the Jews there weren’t exactly Jewish.

Heartburn is the only book I know by heart; I’ve read it that many times over the decades. (I’m feeling too crummy to go back through the pages and quote things word for word; I’d have to copy the whole book. So indulge me for a sec while I paraphrase more of my favorite parts.)

I cracked up at the character’s mom’s passion for plaid stamps. How when the daughter’s college apartment was broken into and her kitchen blender vanished, what did mom do?  Instead of just buying another one for $16, mom ran out and bought $600 worth of groceries just for the plaid stamps so she could redeem them for another blender.

Then there was her character’s dad’s mental illness; the character’s own therapy and The Kreplach Joke; the character turning to feminism and discovering, as she put it, the most concrete achievement of the women’s movement was the dutch treat.

But my very fave was the character’s description of her first husband who bought extremely small sweaters for his beloved pet hamsters. When one died, he had it frozen and then deposited it in their freezer. She was afraid the maid would get a real shock next time she went to the freezer and mistook the corpse for a newfangled frozen treat.

The character also had a good friend who festishly made coffee with a stocking, egg shells, and cinnamon. She said his coffee tasted like a very spicy old foot. My mom and I always cracked up over that one. Hot stuff, my mom would say — a compliment reserved only for people she thought were really cool.

How did Ephron ever keep it together to write such a great book? She said what happened to her in real life with that second husband was all so awful, she just knew she’d have to write about it someday.

When I moved to the Great Barrier Reef in Australia, Heartburn went with me, of course. I even shared my treasured companion with my Aussie neighbor, a lovely woman whose only knowledge of American entertainment was reruns of Welcome Back, Kotter. She read Heartburn just for me, and even made the key lime pie recipe — the one Ephron’s character threw at her no-good hubby.

And I incorporated Ephron’s thoughts on food into my own repertoire. Like this pronouncement about capers: Anything that tasted good with them tasted better without. For that reason alone, I’ve never had a caper. Not willingly, anyway.

And I always felt her presence every time I visited Barney Greengrass and Russ & Daughters, two of her favorite deli spots.

When I moved to L.A. to work in TV news, I thought of Ephron when I took an improv comedy course. I wanted to be just like her onstage, but it wasn’t that simple. I wasn’t, duh, and would never be. 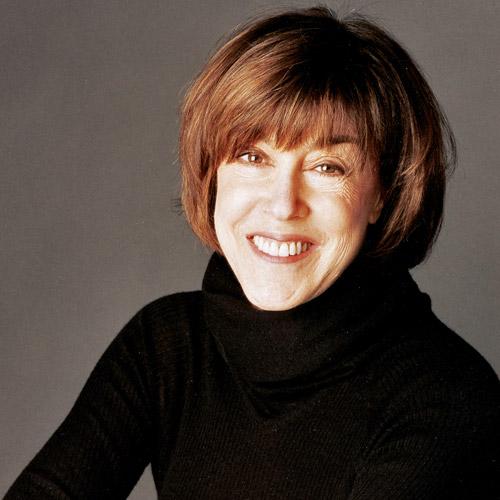 I’ll admit I made a pilgrimage to see her in person when she was plugging a book a few years back.  She was so adorable and maybe even sick, but who knew? She told the crowd she had to dash off to Paris the next morning to start filming what was then her new movie, Julie and Julia.

Just another day in the life of someone who made creativity look so easy.

What would she be saying now while I’m practically sitting Shivah for her at the computer? Probably, “Take notes.” That’s the sage advice her mom gave her.

Gotta give myself more Heartburn before turning in. Any page I pick will do; it’s all good.

1 Response to Heartburn over death of big ‘sister’ Nora Ephron