Dates on a plane? Eeek!

To the best of my knowledge, Mr. & Mrs. Facebook didn’t meet this way. But it may become as routine as booking that airplane seat online.

Picking a seat mate by viewing his or her Facebook or LinkedIn profile. With his or her permission.

At least two airlines, KLM and Malaysia are trying it out. The latter seems to assume you’re somewhat familiar with your intended pals.

There’s also a social app that can pair you up with someone if you don’t want to “read the same inflight magazine for the 16th time.”

On KLM, the terms and conditions  are as long as a jumbo jet. As they should be.

Personally, I think I’d rather read that inflight mag for the zillionth time. Or listen to music. I got hooked not on a man, but on a Walkman on a flight, when the Sony sensation first made its debut. That’s how long I’ve been flying.

Apparently, many others also prefer the unsocial skies.

I’ve shared some food with fellow passengers. Oh, and some nice folks showed me how to access the free Internet at Indian airports. But that’s about it.

It’s bad enough to have a stranger snoring or drooling on you unintentionally. But to have them drooling over you by choice, separated only by an armrest? At least a bar stool allows for a little distance. 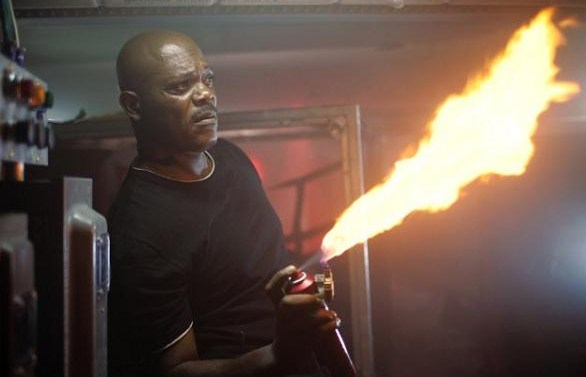 You won’t need Samuel L. Jackson to bail you out. You can always move your seat.

But I always thought a flight was a nice respite from real life. Who wants to meet, fight and break up in just a matter of hours? And who wants to risk sharing Facebook details with more prying eyes to begin with?

I do make one exception: I like to flirt with the bite-sized pooches on board in those cute carry-ons. Always.

Ever met anyone aboard  an airplane? A human, I mean. Barely human counts, too.

BTW, if you really like living on the edge of the platform — how about hooking up with a fellow subway rider? I’m absolutely fascinated by this, but not enough to try it out. If you do, lemme know how it works out.