Posted on February 20, 2012 by planetlippstone

Like so many other baby boomers, the soundtrack to my life includes large helpings of Dionne Warwick, Aretha Franklin and Whitney Houston.

But it wasn’t until this week that I learned Whitney was from music royalty. She and Dionne were cousins; and Aretha, the Queen of Soul, was Whitney’s godmother. And her mom, Cissy, was also a music heavy, singing backup for everyone from Aretha to Elvis Presley to Jimi Hendrix. And her late dad was an entertainment executive.

Though I always thought Whitney’s stuff was catchy and fun, I never put it in the same category as the others. The musical arrangements always seemed over the top, and I wasn’t fazed when she dropped out of sight.

But the news of her death jolted me into the past. For the first time, I looked at her music videos and was floored at how great she really was. That presence. That voice.

What struck me most about the coverage were the funeral arrangements. Here was a superstar who could spend eternity in the same lavish atmosphere she was accustomed to in life.

Instead, the funeral — otherwise known in her Baptist faith as a homegoing — was to take place in her birthplace of Newark, NJ.

A young Whitney with her parents

And she was going to be buried nearby (the nice town of Westfield, NJ — hardly posh Forest Lawn in the Hollywood Hills) next to her dad. 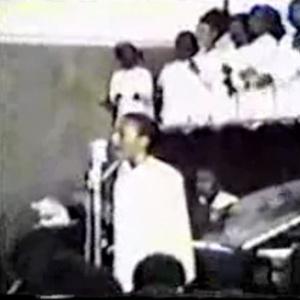 The funeral venue was the New Hope Baptist Church in Newark, where Houston got her start, dazzling ’em even as a kid in the church choir. The one that her mom, despite her own celebrity, had been involved with for decades.

I didn’t care that the funeral service was shaping up to be almost as impressive as the GRAMMYs the week before. Alicia Keys, Oprah, Jay-Z, Stevie Wonder and  The Bodyguard’s  Kevin Costner were all due to show up. It was going to be televised, and I wasn’t interested enough to tune in.

What grabbed me was the fact that it was all happening in Newark, the downtrodden city in The Apple’s shadow.

Unlike my childhood town of Asbury Park, NJ, which is experiencing a renaissance after a long slump, Newark isn’t.

Other than the mayor supposedly being Gayle King’s BFF, Newark’s long been known for all the wrong reasons: poverty, blight, crime.

Unlike Tony Soprano, I’d been by countless times on Amtrak and the NJ Turnpike, but never stopped. 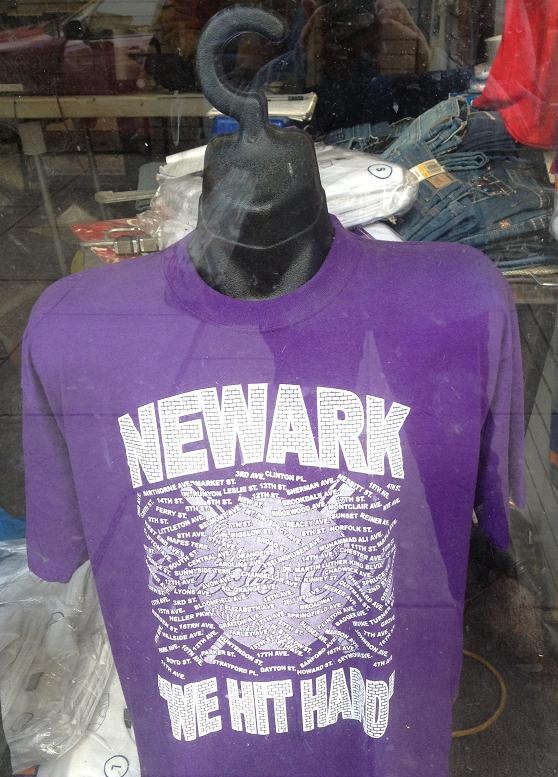 So I decided to make a pilgrimage to Nippy’s (Whitney’s dad’s nickname for her) old neighborhood. To see the place that was at the heart of this close-knit family — this forgotten place that was suddenly on the map in a big way.

This despite reading the star-studded funeral and immediate area around the church would be closed to the public. There would be police barricades. Gang leaders pledged a daylong truce. Nice to know.

Arrived at Newark’s Amtrak station. Got off the train this time.

Asked a policeman if I could walk to the neighborhood. He advised taking public transportation, saying it may be daylight, but it’s Newark. Ow-kay then …

The Norfolk train station near the church was as close as I could get.

Whitney’s voice was floating in the air … 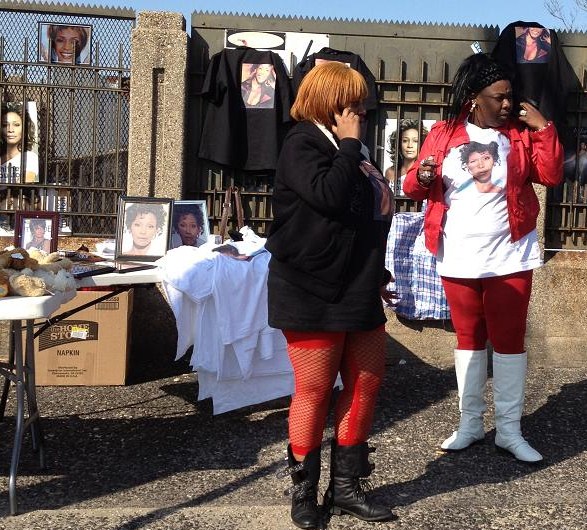 … And her T-shirts were flapping in the breeze.

The crowd was content to wait for any VIP traffic wending its way to the church.

It’s Jay-Z. Is that Beyonce?

Even a guy whom no one could identify for certain, except to say he was an up-and-coming rap star, was treated like royalty.

Everyone talked about Nippy like she was indeed family. She hung out with the wrong crowd, they said. So beautiful. So talented. Such a waste. Such a tragedy.

The sorrow was tinged with bitterness. At the city. At the mayor. At the cops. We were all fans, said the crowd. We loved her. It isn’t right that we’re hemmed in like this.

The police were sympathetic. Said it wasn’t up to them; they were only doing their jobs.

But mostly, the crowd was glad to have a chance to bid farewell. Even from so close but so far away. 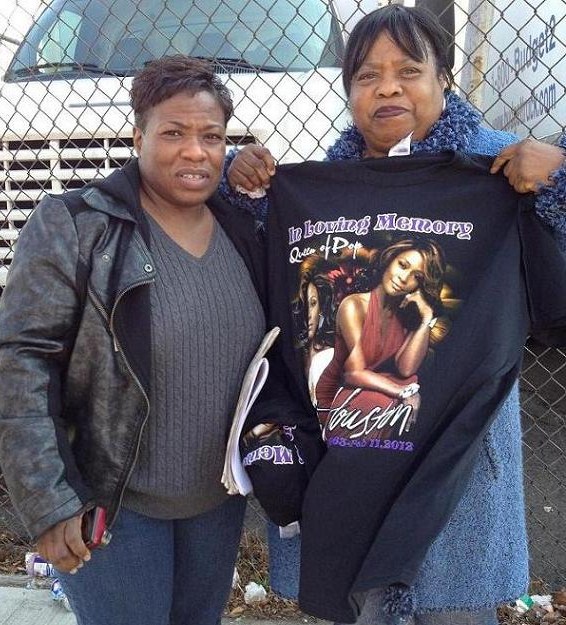 Mom and daughter who came all the way from Lynchburg, VA.

An NJ Labor Department worker and her daughters.

A bus driver who lives in the neighborhood and stopped to pay her respects.

Most told me they moved to Brick City — Newark — from elsewhere. Say they love the vibe and insist it’s a growing, happening place.

All over the city, folks stopped to pay their respects …

At the corner market, just blocks away from the funeral, they stopped to watch it on TV.

And at Je’s a popular, downtown soul-food place. 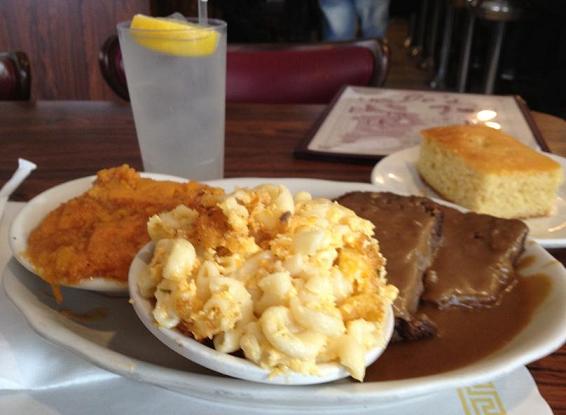 Where comfort food was in big demand.

Whitney’s picture on the wall of the massive Prudential Center dominated the downtown skyline.

Back in Whitney’s old neighborhood, some couldn’t help but be thrilled at being in the world spotlight for a change. 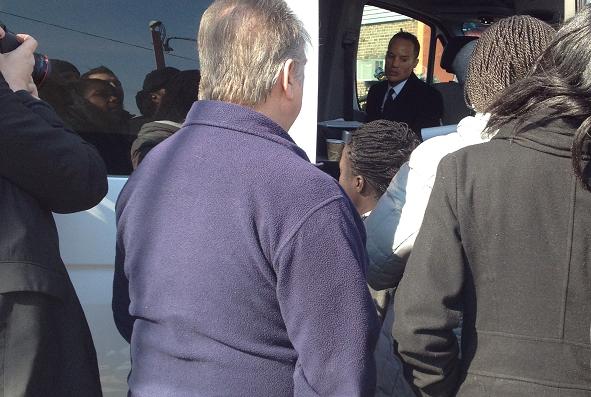 They jumped at the chance to meet CNN reporter Jason Carroll.

Some enterprising folks who had set up shop with memorabilia were told by the cops to leave. Minutes later, they were back. A saxophone blared, accompanying a heavyset young woman in her SUV who was lip-synching to “I Will Always Love You.”