You’ll want to be in solitary in this Boston jail

Posted on February 11, 2012 by planetlippstone

So I saw the mayors of NYC and Boston put a little twist on this year’s Super Bowl bet.

They decided to plug their cities by giving some lucky folks an all-expense-paid trip to the losing city. The winners are yet to be announced for the trip to Boston.

It’s a two-night stay at the Ritz Carlton.  A seafood frenzy. The requisite visit to all things Adams: a peek at the diaries of John Adams that inspired the HBO series, and a tour of the Samuel Adams Brewery.

And a picture taken with Mayor-What’s-His-Name.

Not too shabby, if you like that sort of thing. To me, it’s as bland as canned chowda.

As you know, I go for the quirky. I’d never turn down a free room at the Ritz-Carlton, but you can stay in a Ritz-Carlton anywhere. I generally don’t stay in hotels, period, unless there’s something special about them.

There’s one in Beantown that fits that bill.  A “jail” where I was tempted to stay in solitary on a long fall weekend.

Before it became a cool place to stay or have a drink, The Liberty Hotel was the Charles Street Jail, in business for more than a century. It was home to the likes of Sacco and Vanzetti and Malcolm X.

… some original jail cells and the old inmate exercise yard. And a sense of humor. One restaurant is called CLINK, and the Alibi bar is the former drunk tank.

And we loved the hotel’s version of a “Do Not Disturb” sign that declared: “Solitary.”

The hotel food is somewhat innovative and certainly better than prison grub. We had a dinner there, but found even better within walking distance.

In the area are:

Beacon Hill. Great place to people- and dog-watch while sipping a coffee. 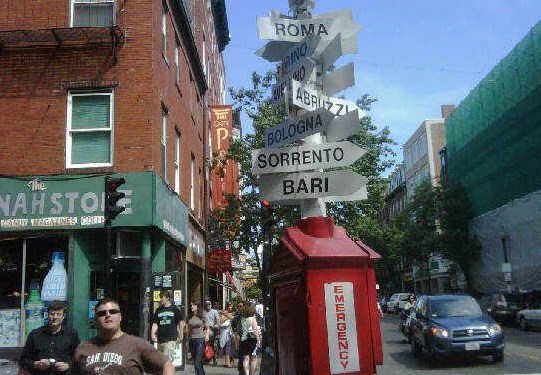 Little Italy … one of the biggest in the U.S. Even more caffeine and good eats.

The Union Oyster House, which was a bit touristy, but the food was good. It claims to be America’s oldest restaurant.

JFK frequented the place so much, his favorite booth is a shrine. 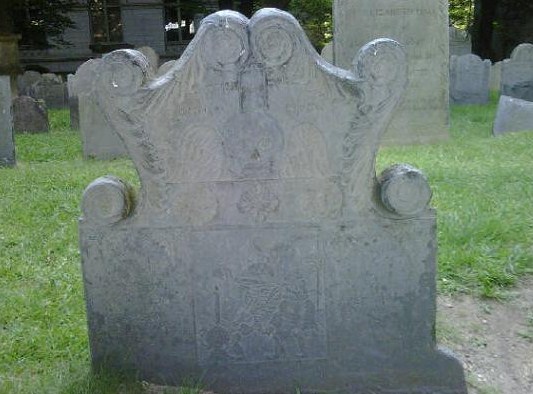 We burned off those calories by tracing the history of the American Revolution along Boston’s Freedom Trail. 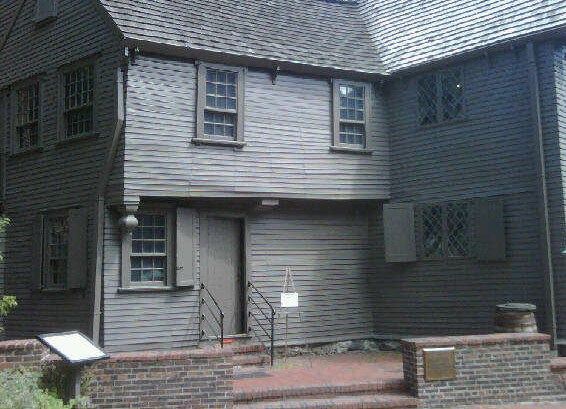 … And the place where the original Tea Party got its start.

Baseball fans that we are, we hopped on the ridiculously easy Boston Metro to Fenway Park, just to take a look.

No game that autumn day, so we settled for a tour. It was fun to see the home of the Red Sox — the Yankees’ archenemies.