Posted on December 19, 2011 by planetlippstone 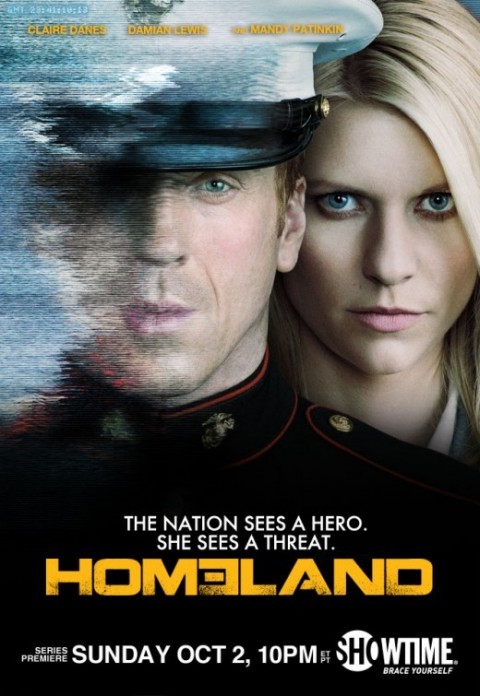 I fully intended to write about my visit to the Berlin Wall, but just had to put it aside and vent about the season finale of Homeland. Surprise, surprise. What would you expect from a rabid fan?

I have mixed feelings.

[Warning: Following is only for other Homeland junkies like me.]

I was surprised that some people, including Mitch, were gripped by the suspense, and had a hard time going to sleep afterward. That’s what happened to me after the plug was literally pulled on The Sopranos; and I fully blame David Chase for my insomnia that night.

But this finale left me cold. And feeling manipulated.

Seems to me that once the writers were greenlighted for a second season, they had to keep their dynamic duo of Carrie Mathison (Claire Danes) and Sgt. Brody (Damian Lewis) intact.

Would have made no sense to have killed off Brody. That’s why I knew he wasn’t going to go through with his carefully choreographed suicide bombing.

I understand both he and Carrie are extremely damaged goods. I even suspended disbelief to buy that one minute, he was so devoted to Al Qaeda’s cause, and the next not being able to go through with the attack after a last-minute plea from his daughter. He’s so broken, I can see how he could be that conflicted.

But come on. Yeah, the Al Qaeda honcho now has him over a barrel. But eventually, he’s going to have to take a stand one way or the other. It’s sort of getting tiresome.

And no matter how I try to rationalize the writers’ thought process, I can’t patch what appears to be a gaping hole.

It’s only when Carrie’s about to get shock treatments that she apparently puts two and two together and figures out who Issa is.

Seems to me the CIA had all kinds of info on the Al Qaeda leader, including particulars on his family. Wouldn’t they have already had an inkling about Issa, one way or another? (Speculation is he wasn’t the leader’s son.) Whoever covered up his existence, if that was the case, did a heck of a job.

I understand the rationale for the finale. And the acting was tremendous, as usual. But after all the hype, I still felt unsatisfied.

For me, the intrigue’s as deflated as a shrinking balloon. I can wait until next season. Unlike a few days ago, when I thought I just couldn’t.