Behind the scenes: ‘Out of Africa’

Posted on November 2, 2011 by planetlippstone

If there had been no Karen Blixen, we wouldn’t have been treated to Meryl Streep and Robert Redford frolicking around in Out of Africa.

The movie, like so many others based on a true story, sticks somewhat to the truth. It basically goes like this:

Blixen (Streep) was a Danish woman who moved to Kenya to marry her half-cousin about 100 years ago. They ended up running a  coffee plantation, not very successfully. It was a marriage of convenience, and he apparently never gave her much more than the title of Baroness; agita; and syphilis. (Though word was she wasn’t the easiest person to live with, either.)

They split, and she was then swept off her feet by a dashing big-game hunter, played by Redford.

(Trust me, Redford more than 30 years ago was quite something onscreen.  Confession: I even loved his later role as a filthy-rich, older lech in the gawdawful Indecent Proposal. Thought he and Demi Moore’s chest had incredible chemistry.)

Anyway, Blixen’s true love was killed in a plane crash; she lost the plantation and returned to Denmark, where she began writing under the pen name of Isak Dinesen. Her memoir, Out of Africa, spawned the film.

I stumbled upon the farmhouse where Blixen lived outside Nairobi. I had no idea it was so close to my safari camp.

Being there was heady stuff: as if Blixen/Streep had just stepped out of the room and would return any moment. There may have been a few changes since I was there, but most of the furniture was Blixen’s. 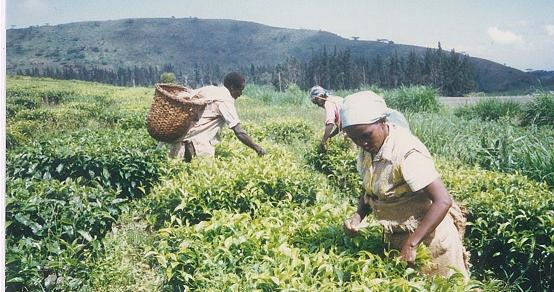 The production notes on this movie are all over the place. Many accounts have it that the house was being used by the government at the time of filming, so a replica was built nearby.

After the movie’s phenomenal success — it won Oscars for best picture and director — the house opened to the public.

Blixen’s dashing beau was supposed to be English. Again, word is Redford started out with an English accent, but director Sydney Pollack thought it would be easier and less distracting to make him an American, which they did. Wise move.

The other star of the film: the romantic Kenyan landscape. I vowed I’d see it someday, and am glad I had the chance.