Hey, it’s supposed to be Halloween, not Christmas

Posted on October 29, 2011 by planetlippstone

OK,  they said it was going to happen, but I refused to believe it.

Snow in the Northeast even before Halloween and the end of Daylight Saving Time.

What the hay was gaw-win on, as they’d say here in Pennsyltucky.

Some might guffaw and make some reference to  global warming. But because Planet Lippstone is a No-Politics Zone, I have no comment.

All I know is, two days ago, I was walking Ginger the spoiled-rotten dachshund, in short sleeves, Me. not her.

And now this. I sight I hadn’t expected to see for two more months. 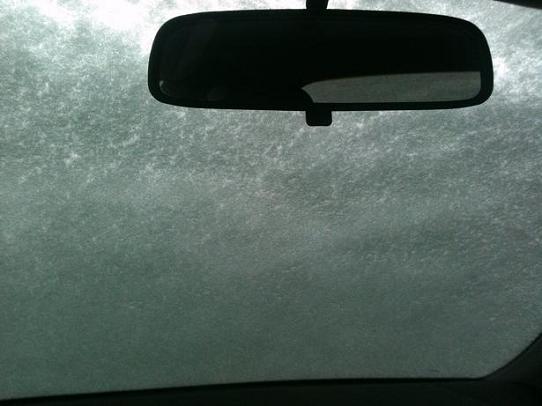 I hadn’t even had a chance to get my annual pumpkin.

I resisted the over-the-top goodies at the market (that candy corn’s too big to be true) because I’m on Weight Watchers now  (will get to that in a minute).  And went in search of plain ‘ole pumpkins. 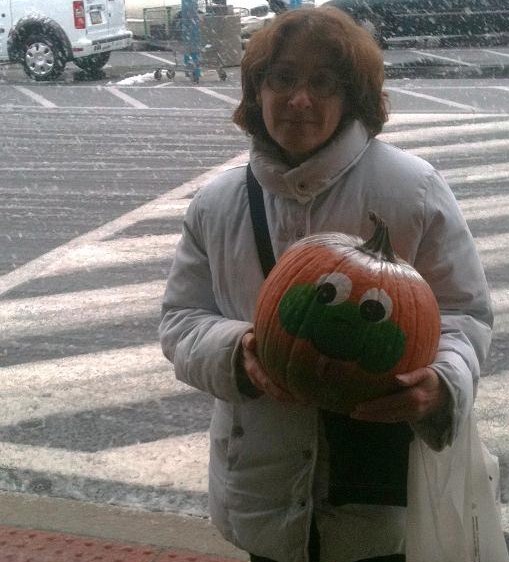 Due to the stormy summer (what happened to fall, anyway?) the local crop was sparse, and this was all that was left. No classic model,  just this hideous number.

Ugh. The tackiest of hood ornaments.

The roads were slippery and surprisingly dangerous. Encountered downed trees (still plump with leaves that hadn’t turned) and power lines on the way home.

Nellie Brown was my late mom’s mom. The grandma I sort of take after in the looks department, especially as I get older. That’s her with my Grandpa Milton.

Not sure she would’ve gotten the Peanuts reference, but it’s comforting to think of her on this wintry Halloween Eve.

1 Response to Hey, it’s supposed to be Halloween, not Christmas