Asheville, NC: Little bit of the West in the East

Posted on October 1, 2011 by planetlippstone

Take Boulder or Santa Fe, sub the Blue Ridge and Great Smoky Mountains for the Rockies, and what have you got?

After years of hearing there was something really sensational in North Carolina other than my sister and her family, I finally checked it out.

It was an easy drive from her house in Charlotte. A bit more than two hours to the west on the way to Tennessee. In Charlotte, the highest elevations are a handful of skyscrapers. They eventually gave way to real mountains and a climb on the interstate. Above 2,000 feet. Not as elevated as Santa Fe or Sedona, but just enough for a natural high.

While Charlotte is known for banking, Billy Graham, NASCAR and the Panthers, Asheville’s a totally different animal. For such a small city it’s got a lot of nicknames — nicknames that would never apply to Charlotte. 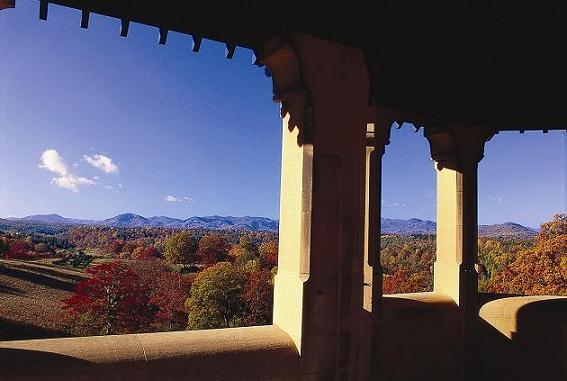 The Asheville area is known as The Land of the Sky. OK; I get it.

With a view like this, is it any wonder the historic Grove Park Inn has been attracting everyone from painters to presidents for almost a century?

Hair air gauge: For a mountain town, it was unbelievably humid.

Asheville’s also been called the San Francisco of the East. Gently coaxed into sampling an organic nut burger (sometimes you feel like a nut, but not this kind), I felt like I was in Berkeley.

I opted instead for a bowl of noodle soup at The Noodle Shop, a popular local hangout.

Sitting at the corner on a mild fall night, staring the the storefront, I could almost hear the foghorns of the Bay Area and feel the pull of the Pacific Rim. 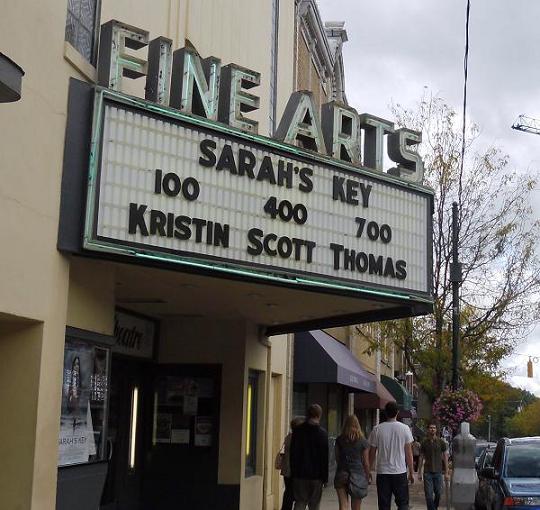 And one of the best places to reinvent yourself. Case in point: a former actress from LA who moved there with her husband. He’s still in the entertainment business — goes back and forth to the West Coast. 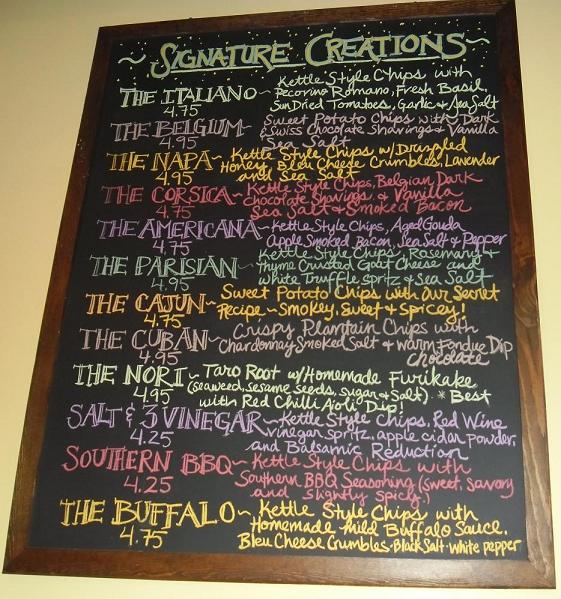 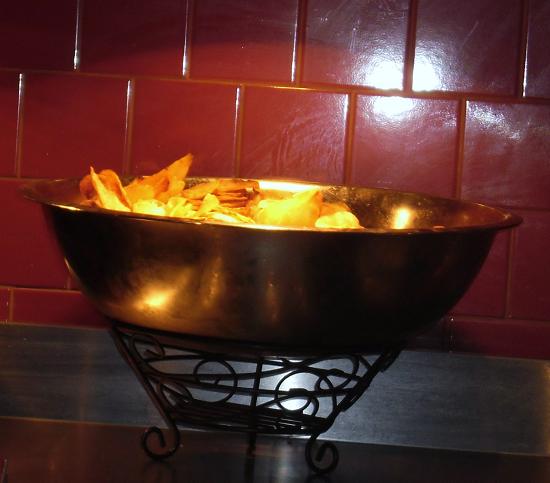 Homemade chips from locally grown potatoes. I’m not one for potato chips; prefer creamy to crispy …

… but the chips with chocolate shavings and vanilla sea salt weren’t bad. Sort of like chocolate-covered pretzels.

And, like N’awlins and Charleston, Asheville is called the Paris of the South. 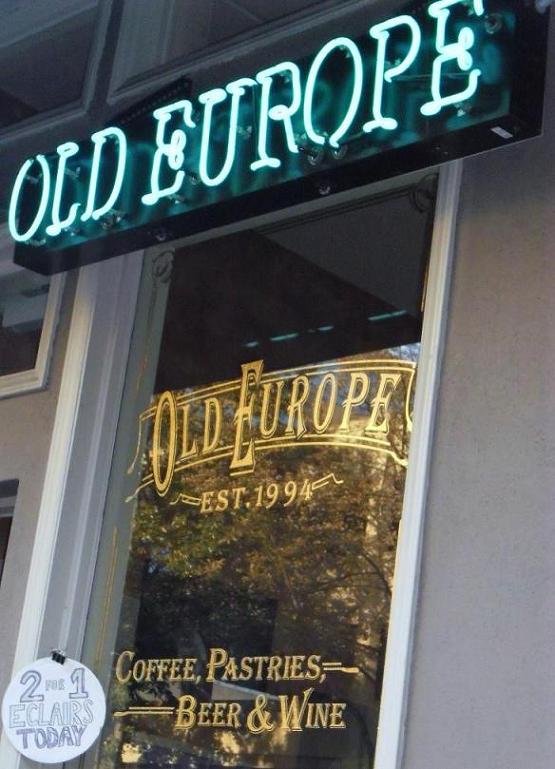 Tempting as the 2-for-1 eclair sale was at the European pastry shop, I passed. I’d already blown my junk-food allowance with the chips. 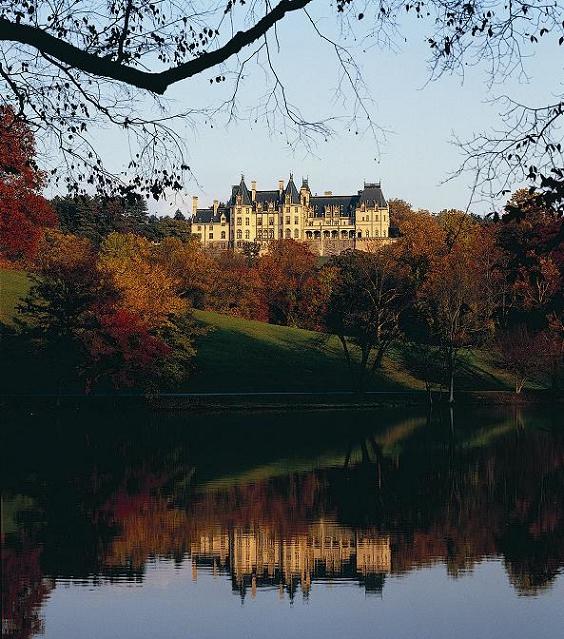 What really makes Asheville Europe is the Biltmore Estate. This French Renaissance chateau — America’s largest home — was built more than 100 years ago by George Washington Vanderbilt, whose family made a fortune with steamboats and railroads.

You may have heard of his distant relatives:

Gloria Vanderbilt, whose company designed the jeans I was wearing; and her son, Anderson Cooper.

The Biltmore House has 250 rooms and 8,000 acres, designed by the same landscape architect who did New York’s Central Park. One of the rooms is a bowling alley. Maybe if I’d grown up with one of those, I wouldn’t be the Gutter Ball Queen … 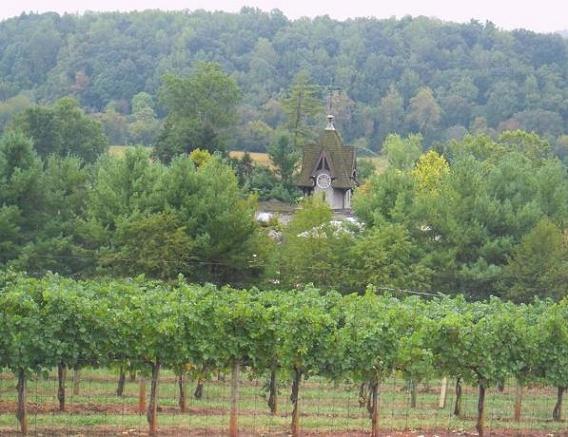 As it was in the old days, it’s somewhat self-contained, with a winery … 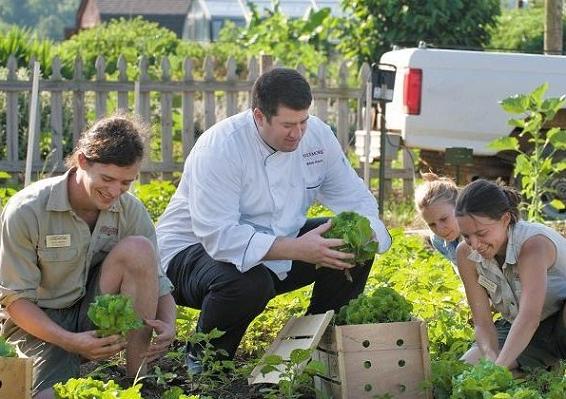 vegetable and herb gardens, and some livestock. 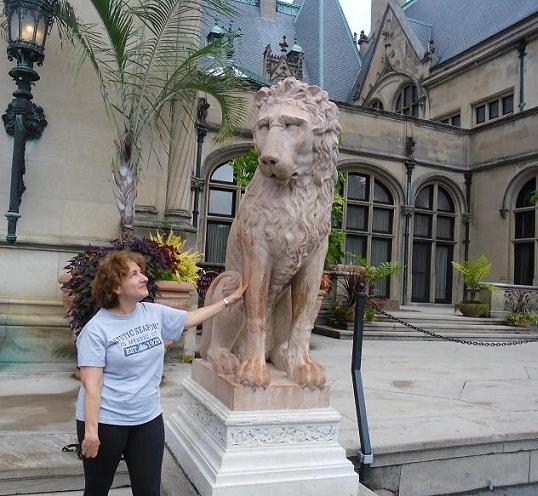 A visitor  from London told me it was just as grand as the castles in Europe; if not more so. I can believe it.

With the house now only for show and not sleepovers, I stayed at an inn on the estate. Truly Disneyland for adults. 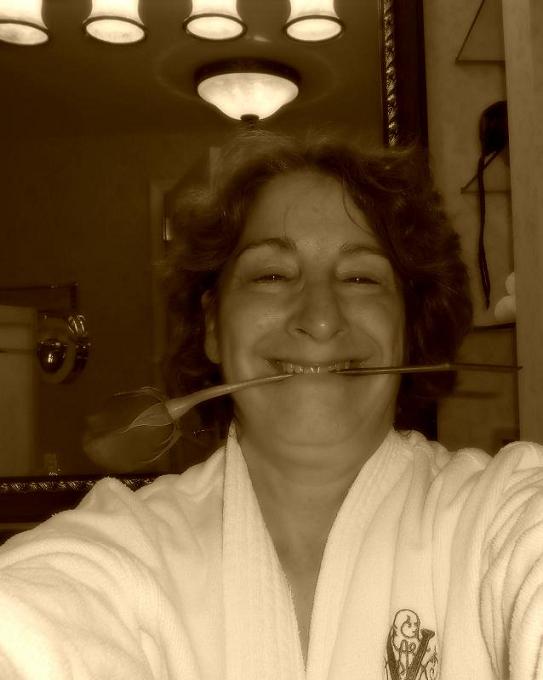 OK, I couldn’t resist. I had to stop and do more than just smell the single rose in the room.

And how could I say no to this chocolate extravaganza? The edible artwork was in tandem with a Tiffany stained glass exhibit at the estate. Now that’s what I call art.

How’s this for an embarrassing aside: I was on my way back to Charlotte when I realized I’d left a pair of Gloria Vanderbilt pants in the closet. Hanging inside out, because they were black and I wanted to keep them lint-free. They were retrieved and waiting for me at the front desk. Folded just-so in an elegant bag. Inside out, just the way I’d left them.

I’m sure everyone involved was wowed by this impressive display of the Vanderbilt name. Not.

3 Responses to Asheville, NC: Little bit of the West in the East